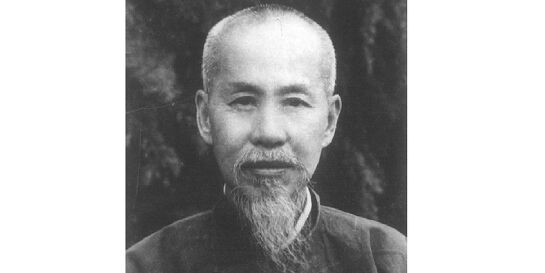 Australian Centre on China in the World presents

Xiong Shili was one of the most important Chinese philosophers of the 20th Century, a founding figure of New Confucian school of philosophy

Xiong Shili was one of the most important Chinese philosophers of the 20th Century, a founding figure of New Confucian school of philosophy

Xiong Shili 熊十力 (1885-1968) was one of the most important Chinese philosophers of the twentieth century, and a founding figure of the modern New Confucian school of philosophy. He lived and worked at a time when cultural nationalism arose in response to the many social, economic, political, and cultural problems that China faced in the first half of the twentieth century. As a scholar who was very concerned about Chinese nation and people, Xiong was influenced by these circumstances and adopted nationalist sympathies. As such, while developing his metaphysics, Xiong also tried to protect and develop traditional Chinese culture, in particular Confucianism. This was especially evident after the outbreak of the Anti-Japanese War in 1937.

In this seminar, I will discuss how cultural nationalism was reflected in, and affected the direction of, Xiong’s thought. I will, first, introduce Chinese cultural nationalism in the late nineteenth century and the early decades of the twentieth century, and discuss how this situation influenced Xiong’s early philosophical perspectives. On that basis, I will, then, examine Xiong’s cultural nationalism after the Second Sino-Japanese War, focusing on the ways in which his thought changed and developed due to the intense national crisis caused by the War. I will also consider how an understanding of this context enables us to comprehend Xiong’s metaphysics more precisely.

SANG Yu is a postdoctoral researcher in the Institute of Philosophy at the Chinese Academy of Social Sciences, Beijing. She is also a visiting fellow in the Australian Centre on China in the World at the Australian National University. She holds a PhD awarded by the ANU (2019) and an MA awarded by the University of Sydney (2012). The revised version of her PhD thesis titled Xiong Shili’s Understanding of Reality and Function, 1920-1937 was published by Brill in June 2020. Her research focuses on Chinese philosophy, in particular Buddhism and New Confucianism, and the intellectual history of modern China.

The ANU China Seminar Series is supported by the Australian Centre on China in the World at The Australian National University’s College of Asia & the Pacific.

How to join the seminar via Zoom?