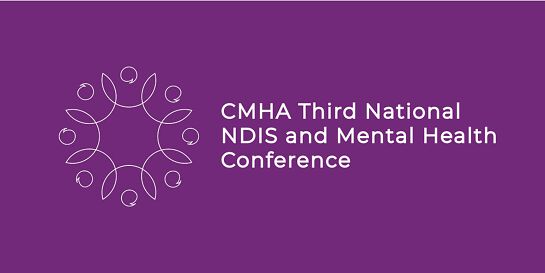 NDIS and Mental Health: A national conversation about what comes next.

NDIS and Mental Health: A national conversation about what comes next.

The NDIS rollout is largely complete and the dust is settling, now is the time to look forward as to what comes next.

The past 18 months has seen the transition of people with primary psychosocial disability into the NDIS and significant changes in the interface with mental health supports and services.

Each state has had its own timings, learnings and takeaways from the NDIS national rollout. Now is the time for us to come together to share our experience to date and look at what comes next.

You can find out more about the conference here.

Conference topics and streams include;

Innovation is much more than doing more with less - what is the vision for innovation? This stream show-cases innovations in service design, development and delivery in NDIS service provision as well as the wider mental health system. Examples of great co-design and co-production, driven by lived experience voice.

People want support to be holistic and relevant to their life. This stream explores the interface between NDIS and the rest of the mental health system; interfaces with primary health and health, housing, education, employment, AoD etc. Who is doing it well? How do we do it better?

Human rights are fundamental to why the community supports NDIS. How does getting human rights “right” look in the psychosocial space? How are we improving human rights in the context of – living well, economic participation, housing, education? Exploring the themes of “Safe, Helpful and Hopeful” in what and how we do business.

Supply of and demand for support provided by people with lived experience in the NDIS and the rest of the mental health system. What does it look like if we are doing it well? How far have we come already? Where to from here?

If you are a service provider, service recipient, family member, policy maker, policy adviser, service designer or funder – DO NOT MISS THIS CONFERENCE.

Join us for our Conference Rehearsal featuring Fiona O'Loughlin

Prior to the Conference we will be hosting an online rehearsal of the conference where you can learn more about our online platform. We will also have a key note from comedian and mental health advocate Fiona O’Loughlin.

Comedy Royalty, Fiona O’Loughlin is one of the most in demand comedians in this country.

A late starter with an award winning career of almost 20 years, Fiona performs to packed houses in venues and festivals across the globe. Winner of the Melbourne International Comedy Festival’s (MICF) Best Newcomer Award in 2001, Fiona’s career has gone from strength to strength ever since. In 2006 she took home the coveted MICF Piece of Wood, an award for funniest show as voted for by other comedians. In 2007 and 2008 she was nominated for the MICF’s Barry Award for Best Show and in 2013, Fiona was awarded Adelaide Comedy’s Best Visiting Comedian award.

As well as a critically acclaimed stand-up comedian, Fiona O’Loughlin is an accomplished Writer, TV presenter and Media Personality. Cast in the 2018 Network Ten Program “I’m a Celebrity Get me Out of Here” Fiona won the title of Queen of the Jungle. She has also appeared on ‘Hughesy We Have A Problem’ (Network Ten), ‘Sunrise’ (Network 7), ‘Good News Week’ (Network Ten), ‘Spicks and Specks’ (ABC), ‘Dirty Laundry’ (ABC), ‘Celebrity Apprentice’ (Nine) as well as Network 10’s inaugural Melbourne International Comedy Festival All Stars Gala countless times.

In recent years Fiona has overcome a well-documented ‘battle with the bottle’. This, like the other aspects of her life, has become ‘material’ for her stand-up. And Fiona is even funnier sober. Most recently, the award-winning national documentary series Australian Story filmed an episode on Fiona, which rated over 1.3 million viewers.