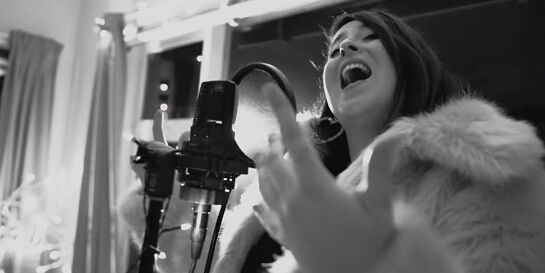 StudioRCC Singing in the industry with Emily Hanks

Week 1 : Professionalism, what is it and what is expected of you

Week 2 : Network building, your gigs ARE your network

Week 3 : Promo material, why it's important how to create it.

Week 4 : Social Media and its Role in getting you gigs

Week 6 : How to keep your gigs for a long time and create recurring business.

Emily Hanks is a soul, pop, funk, blues and jazz aficionado. Honing her skills from the young age of 15: her sound is earthy, gritty and rounded in all the right places. Her voice has been described as, ‘listening to honey coated velvet’.

As a performer she has graced the stage of many of Sydney’s prestigious venues and events including; performances at Thredbo Jazz Festival, Soulfest, the official Earth Hour event with Peter Garrett, Telstra Stadium singing the national anthem for the Rugby World Cup, The Sydney Cricket Ground, The Morning Show on Channel 7 singing backing vocals for Stan Walker, and also singing backing vocals at the 2012 Aria Week celebrations for Jason Derulo’s signed artist - Arlene Zelina.

In 2017 she reached #8 on the iTunes charts with her Ministry of Sound collaboration track ‘Horses’ produced by Teddy Cream and Szabo. Also in 2017

she was featured as a back vocalist on the Warner single, ‘Loneliness’ by Karise Eden.

She has also supported acts such as Coolio (Gangsta’s Paradise), Something With Numbers, Ms Murphy and has shared a stage with Paulini, Stan Walker and Nick Oliveri (Queens of the Stoneage) and many more.