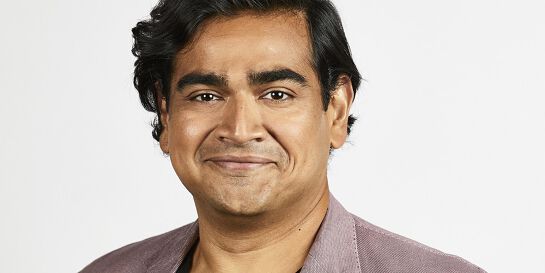 The Clubhouse with Dilruk Jayasinha

As seen on Have You Been Paying Attention?, Hughesy We Have A Problem, Utopia, and I’m A Celebrity… Get Me Out of Here!

Door entry without a ticket: $30

Hailing from Sri Lanka, Dilruk Jayasinha moved to Melbourne to attend university. Having completed a degree in accounting, he started working for one of the “Big Four.” However, after performing at an open mic night in 2010, that all changed…

Dil is now one of the most in demand headliners on the Australian comedy scene, with a reputation for consistently nailing his shows with his positive, upbeat brand of stand-up. Dil has been invited to perform all over the country as well as internationally, and in 2017 he completely sold out his run at the Melbourne Comedy Festival with his show The Art of the Dil.

Dilruk has recorded an hour long stand up special for the ABC, and is a regular on Network Ten’s Have You Been Paying Attention? and Hughesy We Have a Problem. He also appeared at the Sydney Opera House as part of the Just for Laughs festival.

In 2018, Dil received one of the highest accolades in Australian entertainment – the Graham Kennedy Award for Most Popular New Talent at the 2018 Logie Awards.

This year, Dilruk reprised his role in the fourth season of ABC TV’s award-winning Utopia, performed at the Just for Laughs Festival in Montreal and returned to Edinburgh for the second year running with his show, Cheat Day(s). He also recorded a stand up special for release globally on Amazon Prime in 2020.

“An absolute delight, guaranteed to send you into the night with a broad smile.” Chortle

“A side-splitting and thought-provoking night of comedy.” ★★★★½ The West Australian