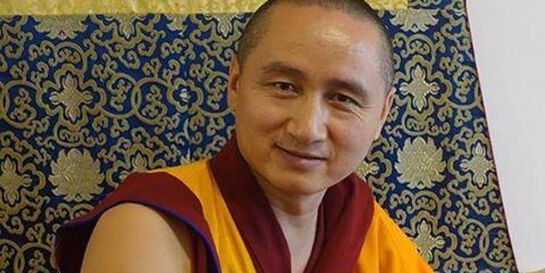 Direct and in-depth teachings on Lojong (thought transformation) to help deal with uncertain times and the COVID-19 crisis.

Direct and in-depth teachings on Lojong (thought transformation) to help deal with uncertain times and the COVID-19 crisis.

Join Geshe Zopa's continuing teachings live on the FPMT-Australia Youtube channel. Geshe-la is teaching on Lojong, giving an in-depth commentary on the Collection of Mind Training teachings. The ability to keep a relaxed yet focused mind is an essential skill in these uncertain times. Geshe-la shares his vast experience with characteristic humour and humility.

This event is freely offered by Geshe Zopa and FPMT-A. Your donation will be offered to Geshe-la to help cover his living expenses whilst he is here in Australia giving ongoing teachings.

Ways You Can Join

Purchase the text from Wisdom Publications (hard copy or ebook). This volume contains forty-four individual texts, including the most important works of the mind training cycle, such as Serlingpa’s well-known Levelling Out All Preconceptions, Atisha’s Bodhisattva’s Jewel Garland, Langri Thangpa’s Eight Verses on Training the Mind, and Chekawa’s Seven-Point Mind Training together with the earliest commentaries on these seminal texts. This important work was compiled by renowned scholar and translator Dr. Thupten Jinpa Langri.

Geshe Zopa is featured in the 2008 documentary film Unmistaken Child, which follows his search for the reincarnation of his beloved master, Geshe Lama Konchog. He was born in Nepal, and become a monk at age nine. As a child he studied Tibetan language, English, Nepali, art, lama dance, ritual, puja, and Buddhist philosophy. He also did a 6-month retreat with Geshe Lama Konchog back in the cave in Tsum.

He was the top student in debate, writing, and memorization at Sera Je, and he always ranked among the top five students out of more than 5000 monks. In 2007 he completed his studies and graduated as one of the youngest Geshes (equivalent to a PhD or Doctor of Divinity) in Tibetan Buddhism. In his youth he skipped four grades, and the Dalai Lama let him take his final Buddhist exams four years ahead of schedule.

He speaks fluent English, Tibetan, Nepali, and Hindi, and a little Mandarin.